Strong communication, building partnerships, engagement and recruitment of Pasifika peoples into the Police force are key areas that the newly appointed National Partnerships Manager for Pacific Peoples for the New Zealand Police will continue to enhance during his tenure.

Superintendent Fata Willi Fanene has a long history with the Police with an impressive career that spans more than 40 years. His previous work includes the establishment of the Tamaki Makaurau Senior Police Forum, Chairman of the Auckland Pacific Warden’s Trust, National Strategic Pacific Adviser and District Manager Police Prosecutions Services. Of Samoan heritage, his work has also taken him overseas. He was seconded to Samoa, working with the Government and Police force providing specialist training, operational and strategic support.

Fata looks forward to forming strong relationships with other Government and non-government agencies in the hope it will create positive collaborations to support the well-being of the wider community.

While Pacific peoples are still over-represented in criminal statistics, Fata says there has been some progress with a drop in numbers around youth, general, and Pacific offending. However Fata highlights a major area of concern facing the Pasifika community is recruitment into organised crime i.e. the gangs and says the issue is how to prevent it from happening.

So again it’s about collaborating with all our Government agencies and our Pacific service providers, NGOs. How can we work together, come up with strategies that are resourced properly to prevent our youth from being recruited into the gangs? It’s not an easy piece of work, no one really knows the answer at the moment.Superintendent Fata Willi Fanene National Partnerships Manager for Pacific Peoples for NZ Police

He remembers back to the formation of one of earliest gangs in Auckland.

Who would have thought in the early 1960’s when I virtually started school that a group of guys would get together and form what is now an organised criminal group called the King Cobras. Obviously it doesn’t start off like that, they started off as just a group of guys getting together … but clearly something happened and now they’re an organised criminal group which is a shame, but it’s a reality.Superintendent Fata Willi Fanene National Partnerships Manager for Pacific Peoples for NZ Police

Another area Fata is keen to progress is building the relationship between the Pasifika community and the Police. He says there is still work to be done to gain the confidence of Pasifika when it comes to engaging and dealing with Police. Reflecting on his journey entering the force he acknowledges there were challenges.  “When I first joined the Police there were only a handful of Pacific male officers and there were even less women. I think I can only recall three Pacific women that I’m aware of and of course as for support staff, civilian staff that support the Police, I can only remember ever meeting approximately four or five back in those days”

Fast forward to today the number of Pasifika people working for the Police is in the hundreds and while Fata is pleased to see the diversity within the force, he says more needs to be done to recruit Pasifika peoples and encourage them to consider a career in the Police force. In 2018 O Le Taeao Fou strategic plan was launched. It is an action plan in collaboration with the Pasifika community and Police to do what is best for Pasifika communities. Fata says the guiding principle of that strategy is a Pacific approach designed by Pacific for Pacific.

Everything the Police do I put my Pacific lens over it and determine how is this going to affect our people and if it looks as if there’s a risk that it might adversely affect our people. It’s my role to speak out from the heart of our community to our organisation. Superintendent Fata Willi Fanene National Partnerships Manager for Pacific Peoples for NZ Police

Fata is candid about racism within the Police force. He notes when he first joined racism was openly rife. And while there is more awareness and improvement within the force, the issue still exists.

You’ve got to call it out when you see it. I wasn’t able to do that in the early days because I didn’t have the support around me I wasn’t confident and I didn’t want to rock the boat, but as I gained more confidence in the Police and more brown faces joined the job we began to get confident about speaking out about things like this.Superintendent Fata Willi Fanene National Partnerships Manager for Pacific Peoples for NZ Police

Despite the challenges, Fata has no regrets about the decision to join the Police and says he found his calling. Being fluent in the Samoan language was an added skill that he utilised on the job and one he believes is vital for communication with a diverse community. On top of this Fata studied law and completed his degree working as a lawyer for the Police. He says while the job is rewarding it comes with a warning with an increase in danger for Police. “There’s a prevalence of firearms and there’s a prevalence of firearms being used, but someone has to do it [the job].”

Three months into the role, Fata hopes to continue to build strong relations between Pasifika and Police and encourage better communication between the two.

Be brave if you need to engage with Police engage with them. If you’re not happy there are avenues to complain. We’re not going to be able to deal with it, how can I put it, “incompetence” if we don’t know about it. Superintendent Fata Willi Fanene National Partnerships Manager for Pacific Peoples for NZ Police 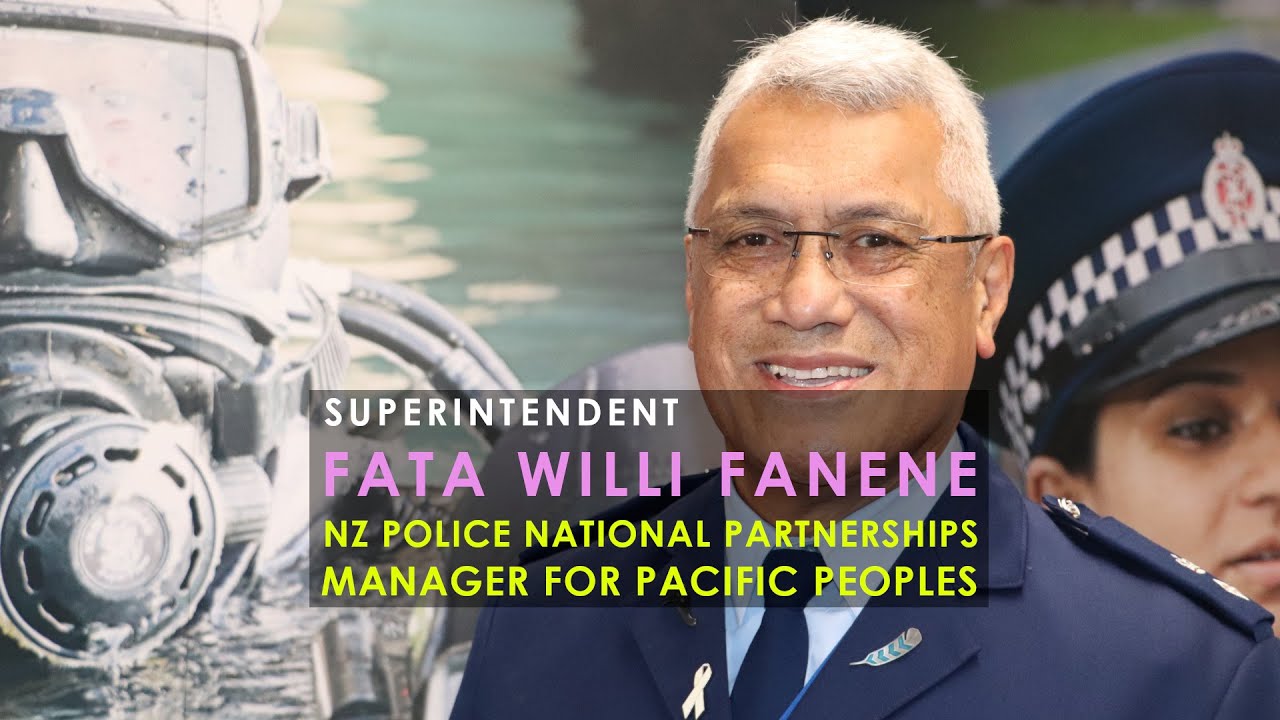 Listen to the full podcast on Spotify

Podcast: Qiane Matata-Sipu, Changing the Narrative for Indigenous Storytelling, Leadership and Taking NUKU Across the Motu