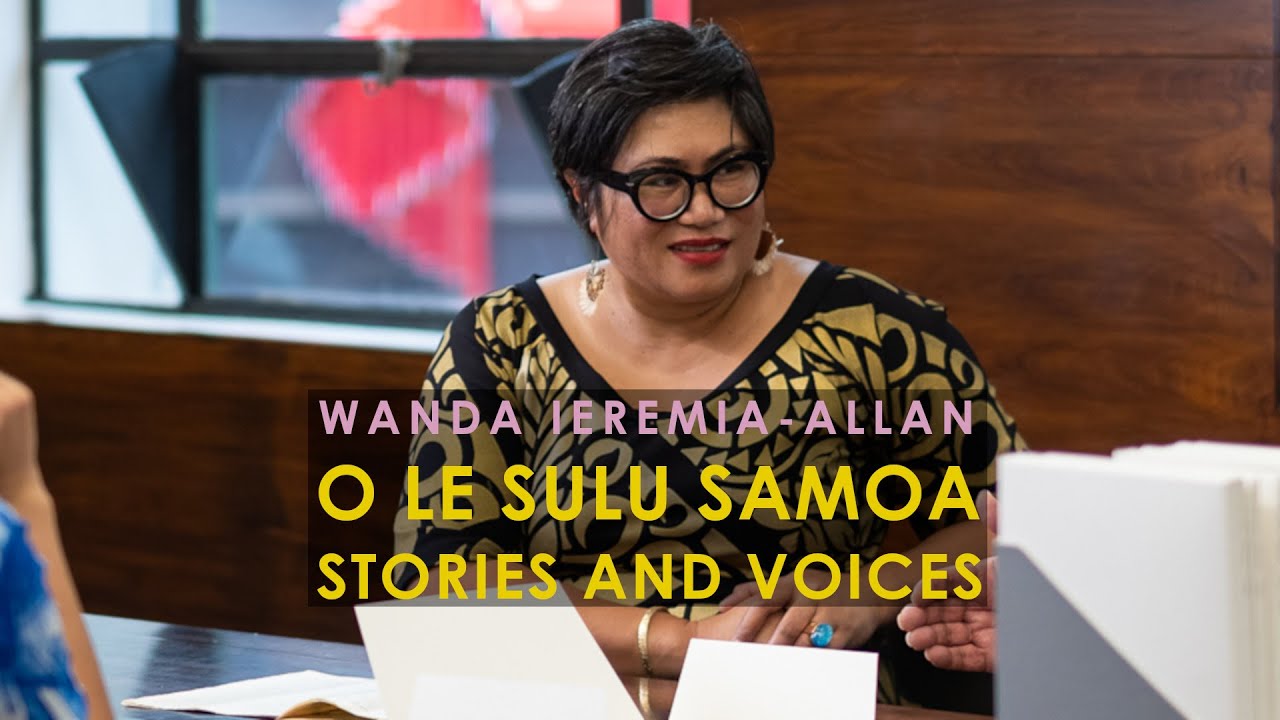 Or listen on Spotify

Samoan academic Wanda Ieremia-Allan is a PhD candidate in the Pacific and Indigenous Studies programmes at the University of Waikato, and is delving into archival research that traces the inter-generational, intellectual gafa/lineage of indigenous Samoan writing of the early 20th century in the former London Missionary Society niusipepa (newspaper) O le Sulu Samoa.

O le Sulu Samoa, one could argue, is the oldest newspaper in existence in Samoa that was written completely in the Samoan language, first published in 1839 which Wanda says is possibly the first home of Samoan grassroots reporters, ethnographers, and biographers.

Wanda says she has always been curious about the untold stories and unsung heroes of her Samoan, Pacific, ancestry and is humbled with the opportunity to capture the literature and voices through her research; capturing the information and translating the writings from the more than 400 copies that have been collated of O le Sulu Samoa.

Wanda says a key strand of her work investigates the ideological, cultural, and gendered tensions in the writing. She adds this includes the application of Samoan epistemological paradigms to the reading of colonial texts.

Wanda, who is also a Pacific studies tutor who hails from the villages of Sapapali’i, Fusi Safotulafai, Saoluafata, Matautu Falealili, and Lalomanu, would also like to encourage Pacific/Samoan researchers who are studying at New Zealand universities to think critically about the role of Gagana Samoa (Samoan language) in academia. Wanda says while it is important to celebrate our language and culture, it is equally important to look at it with an academic lens.

Her passion also comes through the work she co-produced of 21 podcast episodes for the ‘Writing the New World: Indigenous Texts 1900-1975′

It is our intellectual inheritance that provides key pathways into our different scientific, theological, and religious worlds.Wanda Ieremia-Allan

The mother of three outlines the origins of the Sulu, her objectives for her PhD, and the responsibility she feels to continue uncovering the legacy of early Samoan literature. She acknowledges that our stories may have been lost or unknown due to history being told by Palagi about Pacific and says, “we don’t recognise, value, or even see this incredible wealth that has been produced by our own people since 1839.”

While Wanda completes her research, she is excited to share her findings not only with her family but also the wider Samoan community and would to like to broaden the scope to other Pacific nations. She says what is great to see is that even after 181 years since O le Sulu Samoa was published, we are still talking about it today.

Pasifika and Māori all Star Cast set for PACIFICA THE MUSICAL