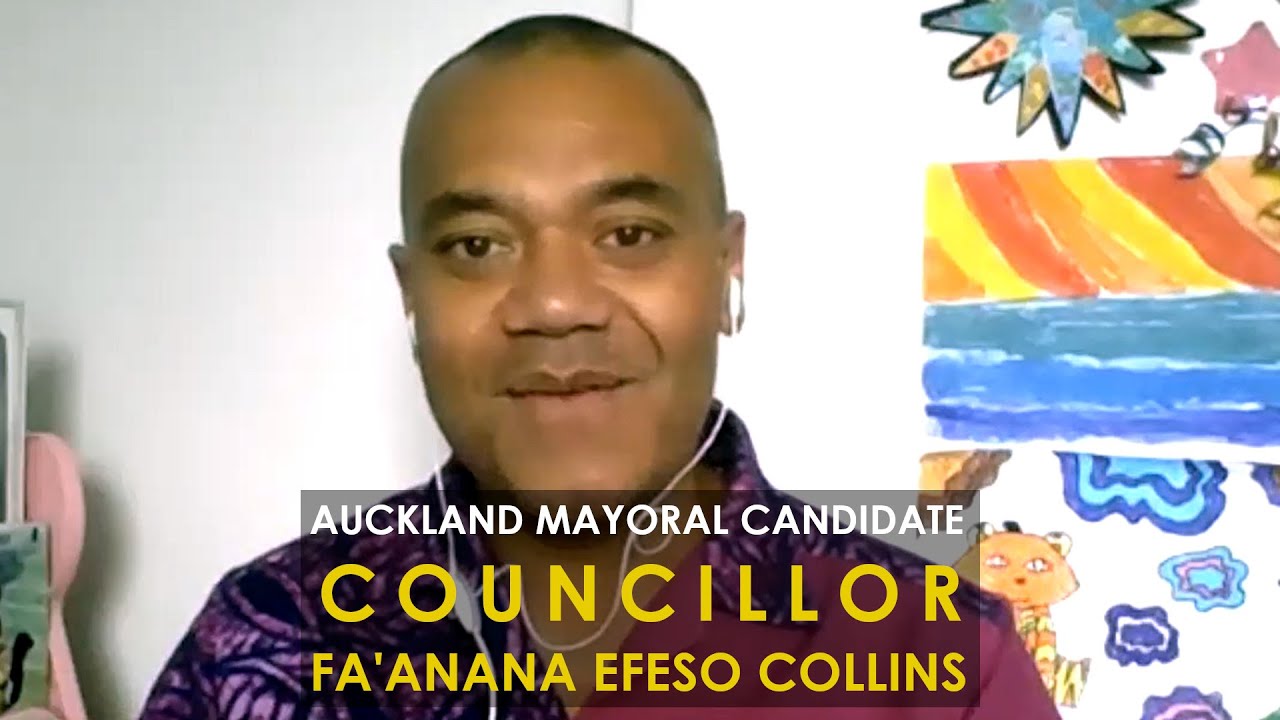 Or listen on Spotify

As one of two Auckland city councillors for the Manukau Ward, Fa’anana Efeso Collins prepares for the next part of his journey in local government that spans over more than nine years. Fa’a’nana says it is a humbling, emotional, and empowering feeling that has led to his family’s decision for him to stand for the office of Mayor of Auckland – the largest city in Aotearoa New Zealand and home to the largest Polynesian population.

After working in academia at Auckland University for five years, Fa’anana was encouraged to stand in the local body elections in 2013. He successfully won a position on the Ōtara Papatoetoe Local Board and was voted in as Chairperson. In 2016 he successfully ran for city councillor for the Manukau ward – the position he currently still holds.

Fa’anana took time out of his schedule to speak with PW and says he is reminded of the wonderful journey from local board to where they are today and says there are a number of factors that culminated in their decision to stand for the role  of Auckland Mayor in the 2022 local government elections.

“We’ve enjoyed the ability to advocate as strongly as possible, and I’m really honoured with the platform that we’ve had to say things, and say things that I think the community really support us in. And they’re not always the things people want to hear, but I think that’s what strong advocacy is.”

Fa’anana does not shy away from issues that can be deemed controversial or in the “too hard basket”, but he says it is important to have a platform to discuss the issues that impact the community. He says that is a form of leadership, an example set by his father.

“The way to chieftainship or to leadership is through service and I recognised how Dad would often push the boundaries a little bit, that he’d try things, that he was bold and very principled and said what he believed and walked in that belief.”

Fa’anana says his father was prepared to put everything on the line because of what he believed and believes that is what leadership is about.

It’s about humility and a desire to serve others for everyone’s benefit. It can’t just be my family that reap the rewards of well-paying jobs so that we can afford to get a mortgage for the apartment that we live in today. That should be everybody’s story and it’s not, in this city.Fa'anana Efeso Collins

And despite the challenges of getting constituents to vote and take an interest in local body elections, he is heartened to see youth taking an interest in politics and is excited about working with the next generation to reach their full potential in this sector. Fa’anana takes a pragmatic approach when it comes to ushering in the new generation. He accepts there will come the time for him to move on to the next phase of his journey.

“I believe we need to learn to move out of the way. So when you see politicians who’ve been in the game for 30 or 40 years, I would whisper to them and say ‘you’re a good person but you’ve got to make space for others’ … let the young people come through. Don’t hang around and hold those spaces. Let’s share those spaces.”

But for now the Vote for Efeso 2022 Campaign is well underway and alongside Fa’anana his wife Fia and their two daughters, family, campaign team, and supporters the work towards ushering in the first Mayor of Auckland City of Pasifika heritage begins.

I hope my daughters see leadership in our home that their parents are prepared to stand up for them the same way I expect my girls to come with me when we’re dealing with these big issues. They have to stand up for our community too. They’ve got to stand up for Auckland. It’s all about our service, about making big sacrifices so that everyone benefits.Fa'anana Efeso Collins