Beaming with pride for her home country Tuvalu, union organiser/advocate and broadcaster Fala Haulangi pays tribute to her forefathers who paved the way to the nation’s independence. “So proud of my nation Tuvalu and its people and where we are now, 43 years of independence from the “colonisers”. Fala says while Tuvalu is one of the smaller minority islands, she says it always punches above its weight. The Tuvalu community across New Zealand have marked the 43 year anniversary of independence that coincides with Te Gana Tuvalu – Tuvalu Language Week celebrations.

Despite the Tuvalu community in Auckland not able to gather to celebrate due to COVID-19 Alert Level restrictions, Fala says social media has helped continue the momentum for their language and culture introducing Tuvalu to a new global audience. “Seeing the different generations, from my parents age really love to share what they know with the younger generation who are very happy to put things [online].” Fala also continues to produce the popular PMN Tuvalu community language radio programme broadcast on Radio 531pi.

While Auckland remains in COVID-19 Alert Level 3, Fala continues to advocate for the rights of workers. She says their members, many of whom are essential workers, have been working throughout the lock downs. Fala says with the fear of the Delta variant, many are concerned about picking up the virus and taking it home to their family. “The union’s role is to make sure they are well protected and to make sure we challenge the employer all the time to make sure [their workers] are wearing the proper PPE gear.”

Fala adds that many Pasifika workers are not only concerned about their safety but also their income. She says while there are some good employers, she feels some businesses are profiting from the pandemic and it’s the workers at the coal face that are missing out. She adds, the workers are saying “oh yeah, the government recognises essential workers, they did a shout out for us, but we need more than just a shout out from the podium. We need money.”

Another issue Fala is keen to discuss with the government is around its announcement yesterday offering a new one-off residence visa pathway for some temporary work visa holders currently in New Zealand. Fala says while this is a positive, it doesn’t go far enough and needs to include workers from the Recognised Seasonal Employer Scheme many of whom are from Vanuatu, Samoa, Kingdom of Tonga, Kiribati and Tuvalu, who have a different arrangement from normal work visas.

A recipient of the Queen’s Service Medal for services to the Pacific community and worker’s rights, Fala believes transparency is critical for councils and governments, especially during this pandemic. For Pasifika, Fala believes language plays an integral part in how we interact with each other, especially when accessing the correct information around COVID-19 testing and vaccination. She says the onus is on the community to work together. 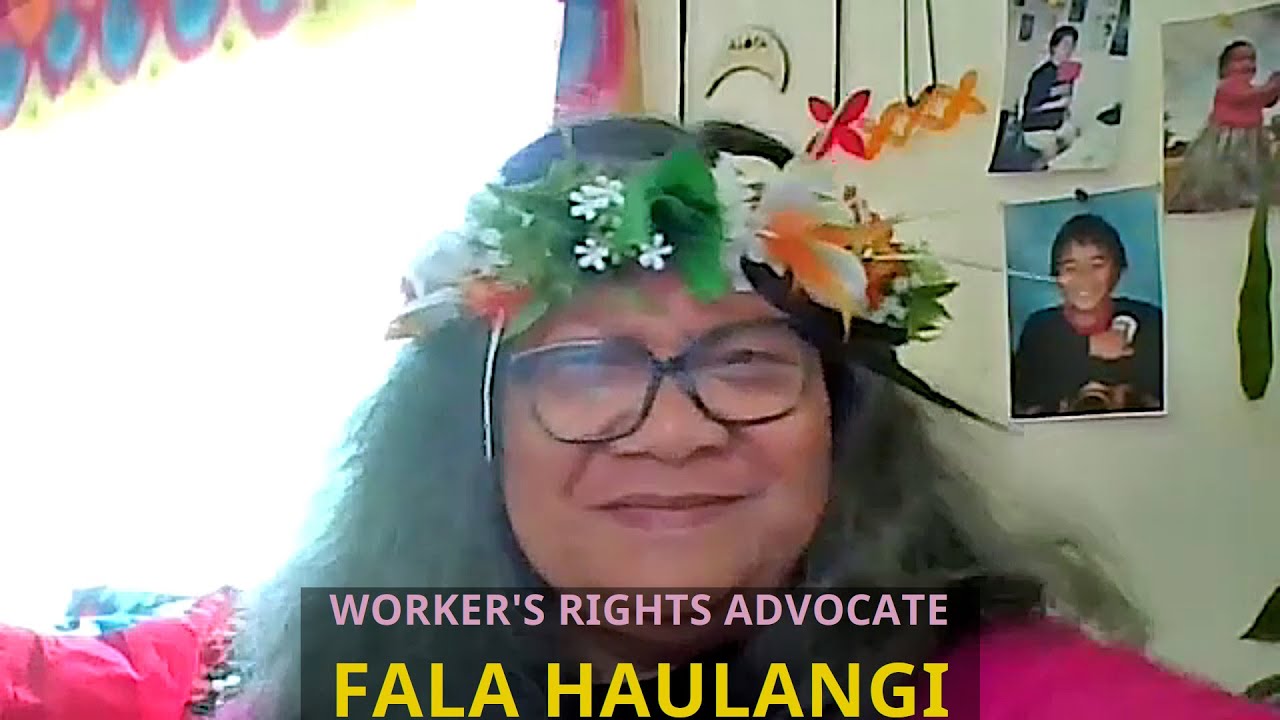 or listen to the podcast on Spotify